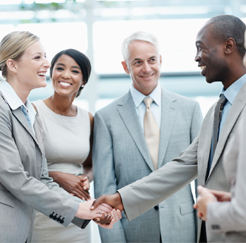 Dedicated to innovation and passionate about service, Title First Agency is your comprehensive, nationwide resource for title and real estate settlement services.

Headquartered in Columbus, Ohio, Title First has branch offices throughout the Midwest and a robust virtual partner network throughout the country. Title First got its start in 1956 as an affiliate of a local law firm and has since emerged as one of the largest independent title agencies in the nation. Proudly servicing Realtors, lenders, builders, developers, law firms, buyers and sellers, Title First is equipped to serve your residential and commercial title and settlement needs.

To better serve its customers, Title First has implemented best practices and third-party audits, equipping itself to facilitate compliance efforts. In 2014, Title First instituted ALTA Best Practices and continually reviews its compliance. More importantly, in 2015, Title First completed its examination in conformity with Statement on Standards for Attestation Engagements (SSAE) No. 16 through an independent third-party auditor. Each year, Title First continues its SSAE examination, and in 2017 earned the SSAE-18 certification. Title First is one of the few title agencies in the industry having an SSAE-18 certification. This certification provides reassurance that Title First Agency is in compliance when it comes to financial controls and internal procedures for data security, availability, processing integrity and privacy.